Oh, it’s just so adorbs to be awkward, right? I mean, you got your Zoey Deschanel, Ana Faris and I can’t walk by a hipster without hearing the latest insight about Awkward Black Girl. (I, for one, have never seen an episode but I am fairly sure if I ever watched one I would probably be “you go girling” at the screen a la Ricky Lake circa 1995). However, *YAWN*, I’m over it. Not to sound bitter, but this whole awkward stuff? This was not cool when I was in high school. I call bullshit on the whole thing. Awkward certainly does not mean a 6 page spread in Vogue, a size 2 figure and alluring blue eyes…not where I come from anyway. 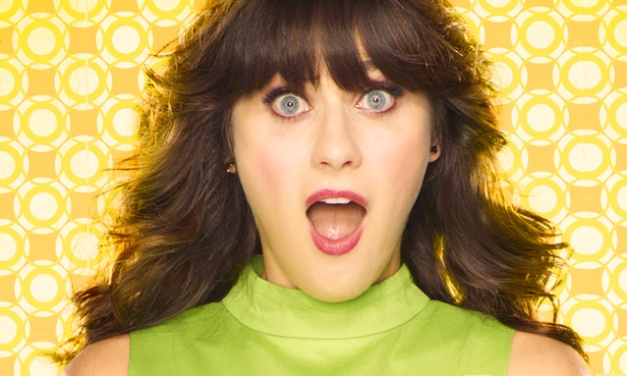 I think of myself (and my oldest, dearest friend) as the original awkward black girls. If you had spoken to us in high school we would have bombarded you with wise sarcasm, talked incessantly of our love for the rock band Korn, and casually mentioned suicide all in the same breath. We were all about laughter in the wrong moments, uncomfortable love confessions to crushes and bad clothes. I mean, I was in marching band and she was a flag girl for crying out loud!! (And I say things like “for crying out loud”) The shit that is portrayed as “cool” on television now, I’m sorry to say it just wasn’t true about 10 years ago and it still isn’t now. It gives young girls the impression that it’s ok to be yourself as long as you’re absolutely adorable about it, and of course you have to be secretly hot. So wear those bifocals your optician prescribed, but also wear miniskirts with cute sweaters and spout feminist mantras every now and then. Oh Hollywood, you have skewed reality again.

I didn’t have that story in high school. The popular cheerleader was not my dense arch nemesis because she didn’t even know that I existed. Nor was the captain of the football team strangely attracted to me because, guess what? He didn’t know I existed either. I was not bullied to the point of slushies thrown on my face in a comical matter– but I did hear them whisper about me behind my back and in some way that was worse. It was as if I was not person enough for them to even address me directly. There was a dark side to the “awkward” because it was not a bragging right it was something that left me feeling isolated in the most painful way.

Even in adulthood I’ve had a hard time curbing it in my professional life. I met a divorce lawyer at a work function and in response to hearing his chosen occupation I said “Dun dun DUUUUUN!”  Shit was hilarious, right? No. He shot me a weird glance and carefully avoided me the rest of the day. I can’t turn a corner without clipping it slightly with my shoulder, I time my sarcasm wrong, I get sweaty palms when anyone of the opposite sex talks to me when I am not inebriated and WAY too many people on the streets of DC have seen my underwear because of a gentle cool breeze! Awkward is not the thing to be! I feel I want to be normal and articulate, and arrestingly gorgeous. But I’ll always be a little weird, a little off and a little inappropriate. I’ll always need makeup in my life to earn a second glance from the guys and my personality will always be an acquired taste. It took me a long while to finally accept myself as being different from everyone else and to conclude that I will always be peering into lives of others from just outside of the box. With that, comes the oppressive feel of isolation the frustration of being misunderstood and the struggle to maintain a healthy self-esteem. So, no. I must say I do not appreciate Hollywood glamorizing the concept the “awkward girl”– especially if they can’t tell the truth about it. Guys will not think you’re hot, you will not be hilarious (not to everyone, anyway), you will not be so readily accepted into society because last time I checked, the definition of awkward was not “super cute and fun”.

Be who you are rather it boring, basic, mainstream or something that can’t even be labeled. For every person that appreciates and loves you there will be five more that hate your guts—may as well DO YOU. 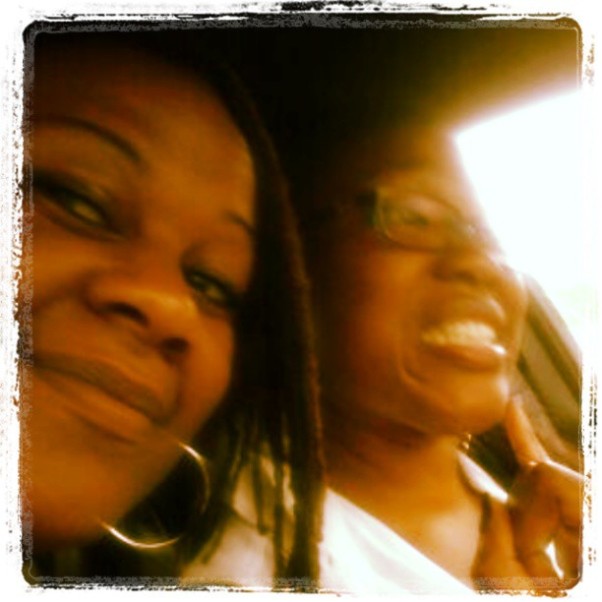 The original awkward black chicks! Me and the bff Traci (apurplepaintbrush.com)