The other day my ex-boyfriend called me an emotional bully, and my first thought was “That’s awesome!” Eventually, thanks to my public school education, I was able to deduce that any description with the word bully tacked onto the end is probably not very good. I need to mention that the ex is the intellectual type so what he was basically trying to tell me is that I’m a bitch. 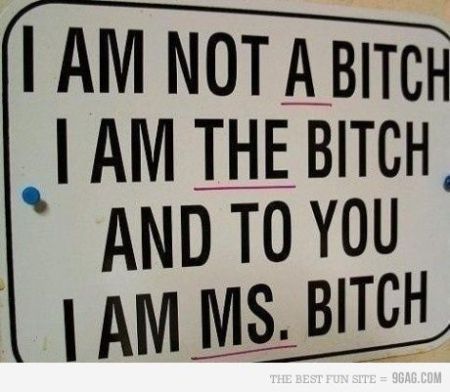 I laugh about it now because I do realize that I WAS a bitch—and still am a little bit but it’s a work in progress.

I know it derives from having a sensitive heart. I would prefer to live my life with my heart on my sleeve, walk around stroking it like an exotic fur coat…however, there are some real assholes out there that wouldn’t hesitate to throw blood all over it. I’ve learned to protect myself with sarcasm, wit and a thick web of bitchiness. This has not helped me in my love relationships. Sorry if you’re tired of me talking about my wack love life…but I will say that the demise of my two major relationships have played a large part in the downward spiral of my mental health. I can’t help but to talk about it. Anyway, read real closely folks, because I this is my attempt to be completely upfront about my negative contributions to these relationships. 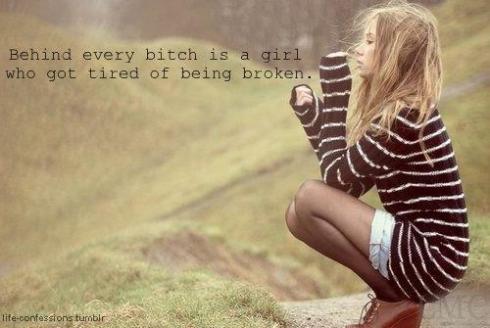 Confused Spirit: My first husband was also my first boyfriend. No one ever told me that it was my job as a girlfriend to be nice. Just as nobody told me I was a crazy ass bitch. I remember one time he got on my nerves I dropped him off in the middle of a busy street and told him I didn’t care how he got home, he just wasn’t going home with me. That’s crazy stuff, highly disrespectful and I would NEVER do that to anyone now. Looking back, I’m not entirely sure how he managed to put up with me and/or why.

We barely made it through marriage counseling, it was definitely not a good plan for us to follow through with the marriage. I didn’t think the same way I do now and I definitely wasn’t into the concept of submission at all. I didn’t trust him, I bossed him around a lot and I was downright volatile. I was 21 and just unsure of myself and who I was as a whole. I didn’t know that I was an introvert and that I needed time alone in order to function. His presence in my life was a burden and it became more and more clear that we were incompatible. Instead of assessing my part of our issues I withdrew further into myself and became incapable of any healthy communication. I didn’t know how to be affectionate, I didn’t know how to curb my sarcasm, and I didn’t know how to request what I really wanted and needed without things escalating into a fight. It was the infidelity that eventually led to the demise of the marriage, but I can’t pretend that I didn’t contribute to it. It’s fun to be the victim and to have a sense of self-righteousness about how a situation went down but the fact of the matter is that my bitchy protective armor played a large part in costing me my marriage. 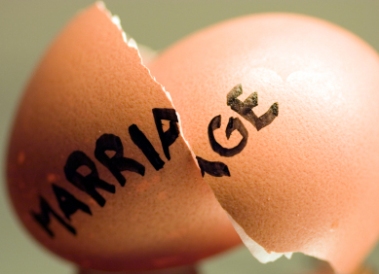 Wounded Spirit: I was madly in love with him. I was wrapped around his finger from the moment we reacquainted. His energy was lovely to me and I enjoyed his presence and his voice. I would sit and smile and listen to him talk to me about anything and everything. I was gentle with him and I couldn’t take my hands off of him. I always needed to be touching, holding his hand or kissing his face. Darkness eventually came to light and the truth was revealed that he had been in a relationship with his so-called “best friend” for four years and I was just a side piece. I became ruled by devastation, and allowed a coldness to seep into my heart. I loved him and I stuck by him in spite of the lies but the softness I had for him was gone. I couldn’t let the pain go.

In retrospect, I realize all he had done to try to get back into my good graces—including begging for forgiveness, but it just wasn’t enough for me. I didn’t realize at the time that he could never do enough to make up for the damage already done. Once someone breaks my heart I just have to be completely done or I’ll continue to hold on to what once was, while my emotions won’t allow me to completely heal. We stayed “together” but I was a constant ball of fire. I allowed jealousy and anger to drive me absolutely crazy. The old me believed that all is fair in love and war so when we did fight I went for the jugular. There’s and old Hole song lyric that would play over and over in my head, “someday, you will ache like I ache”…and I found myself on a mission to make that happen. Eventually my bitchy attitude just turned into a way for me to self-sabotage. Two years later we actually tried our hand at a normal and committed relationship together but it just couldn’t last because my self esteem and mental health had unraveled too far. 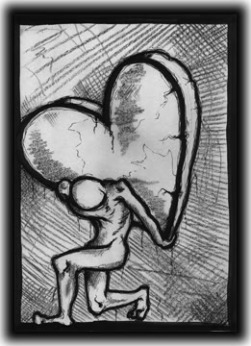 Free Spirit: I know how to love, I know how to be nice. I am that chick that cooks dinner, and cuts toenails and gives massages. I will lay in bed with you and listen to your hopes and dreams and shoot your adoring looks every once in awhile across the room at a party—but after being so hurt I made it so that any man would have to fight to the death to tap into that side of me. When I lost my job and I lost my love within months of each other, that hard side of me slowly began to dissipate. I just wanted to be myself without the armor attached. Being damaged is exhausting! The bitchiness left a furrow in my brow and a heaviness that was weighing me down beyond belief. I happened to have met a man around that time—he was very genuine and unassuming in his approach but later it was revealed that he was emotionally unavailable to me—but it actually felt good to interact with him kindly. I was open about my feelings and I was able to be sweet and patient toward him. That situation didn’t work out the way I would have liked but I am glad that I was able to relax and be myself. For the first time I felt like I was acting and reacting as an adult instead of being ruled by my protective emotions.

I feel like it’s taken me forever to get to this place, but I’ve calmed down. I am open to something good.

One thought on “The Devil Wears H&M”