OK, so one thing about little miss crazy that wrote me a nasty note and left it on my car. I’ve since calmed down and realized that while I want violence to be the answer, I can’t justify stooping to such ratchet levels– but that’s not what I’m going to talk about today. In the infamous note, homegirl referred to my dude as a “corny ass nigga” (in a half-assed attempt to limit cursing and the N-word on the blog I will reference the word as CAN). My question of the day is: OK, so what’s wrong with a CAN?? 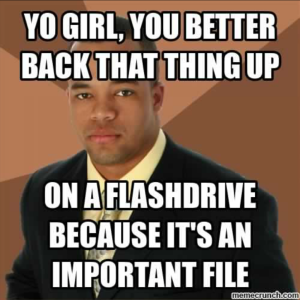 Throughout my strange dating life I have definitely showed a history of CAN collecting. Sure, I’ve dated all types of men, but the ones I really hit it off with and wanted to retain for relationship building were absolutely CANs. Case and point: the baby daddies. My 8 year old’s father still likes the Power Rangers and thinks World’s Funniest Home Videos is hilarious television programming. My youngest child’s father owns the DVD box set of the Golden Girls and knows all the characters on My Little Pony–these two are not exactly winning any Thug of the Year awards and I’m fine with that. What’s wrong with us women–black women especially– that corny guys are a bad thing? And should we even call them corny or just “dudes least likely to pistol whip you when an argument breaks out”?

Hmm, let’s reflect back on guys I’ve dated that were not corny. Let’s see… there was street pharmacist dude: owned two cell phones and was unresponsive, unavailable and unmoved by most things. Pulling emotions out of him was like trying to pull his strong white teeth out of his beautiful mouth! Great to look at, had a sense of humor but time spent together had a dark atmosphere and it was clear to me we weren’t going to be anything long term.

Then there was Young Thug who crammed a lot of life into his 22 years on the Earth. He appalled me with stories of robberies, drug use and near death experiences and had a strict unspoken rule that he was only allowed to laugh at his own jokes. Whenever I decided to be in a silly mood he seemed more annoyed by it than anything else; and when I did actually say something funny he would smile as if it brought him physical pain and say, “That’s not funny.” One warm day it rained outside and I dared him to go for a run outside in it with me. It was all sorts of cornball fun and games splashing through puddles and getting soaking wet until he abruptly decided that the activity was just too corny and our frolicking came to a complete and abrupt halt. He complained for days about his tawny dread locs being ruined by the rain, but I think he was more mad at himself for daring to have the type of fun that didn’t involve smoking and chilling over “so and so’s” house.

And, lastly I’ll mention the guy who had just finished a stint in prison for 8 years for *mumble mumble* “drug stuff”. We got along decently. He didn’t like to kiss on the mouth, asked me for money (which I never gave him) and didn’t appreciate my sarcasm. Months into our odd acquaintance, I sat at a bar with him watching him be rude to our waiter, and on a whim it occurred to me to get more detail about his 8 years in jail. Well, apparently “drug stuff” is code for, I STAB BED MY EX GIRLFRIEND AND LEFT HER IN THE TRUNK OF MY CAR! Umm, check please.

Just yesterday, I danced around JW’s apartment in just an undershirt with glass of whiskey in hand, watching him attempt to moonwalk while singing Michael Jackson high notes. I was comfortable and I was happy– and that’s really my only bottom line. Yes, I could see how he could be seen as a CAN. He has goals and ambition, respects and takes care of me, works long hours and pays all his bills in full and on time—who wouldn’t want a corny ass nigga? I’ve been with those guys that don’t return phone calls and can barely go out into public without picking an aggressive fight with a stranger and I just don’t need that kind of excitement in my life. She can be that ride or die chick stashing cocaine in her snatch and being an alibi for her man’s whereabouts between 9pm and 3am last night. As for me and my CAN, we’ll be over here watching Investigation Discovery and sending each other silly text messages. 😛

One thought on “CAN Collector”